HOUSTON, June 4, 2019 /PRNewswire/ -- Soliton, Inc., (NASDAQ: SOLY) ("Soliton" or the "Company"), a medical device company with a novel and proprietary platform technology licensed from The University of Texas on behalf of the MD Anderson Cancer Center ("MD Anderson"), today announced results of preclinical studies of the use of a new version of its acoustic pulse technology which reveal its RAP device appears to be capable of selective disruption of the fibrotic septa that contribute to the appearance of cellulite.  The new discovery, referred to as "acoustic subcision," helps explain the recent proof-of-concept trial results showing an improvement in the appearance of cellulite following use of the Company's RAP device.  Together with the device's demonstrated ability to stimulate new collagen production in animal models, this represents what the Company believes is a potentially important new way to treat cellulite and improve the appearance of the skin.  The RAP device for the treatment of cellulite is investigational and not available for sale in the United States. 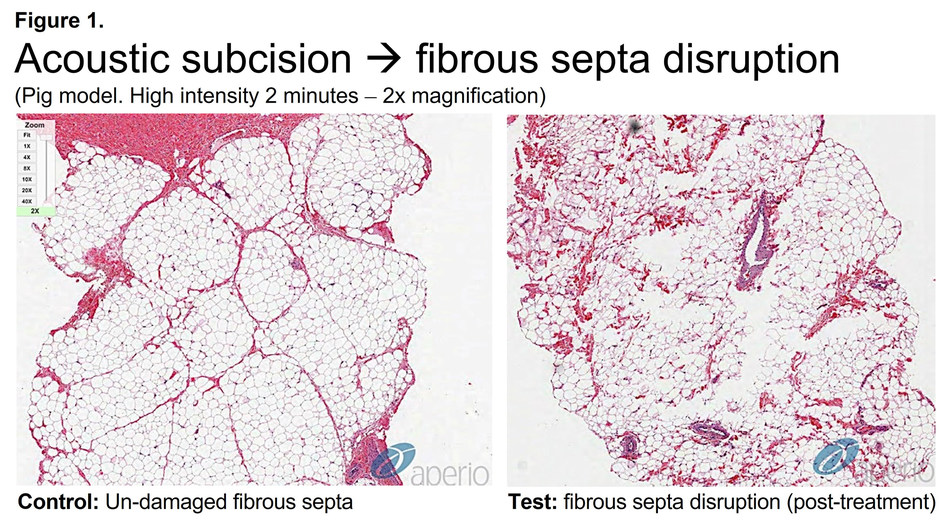 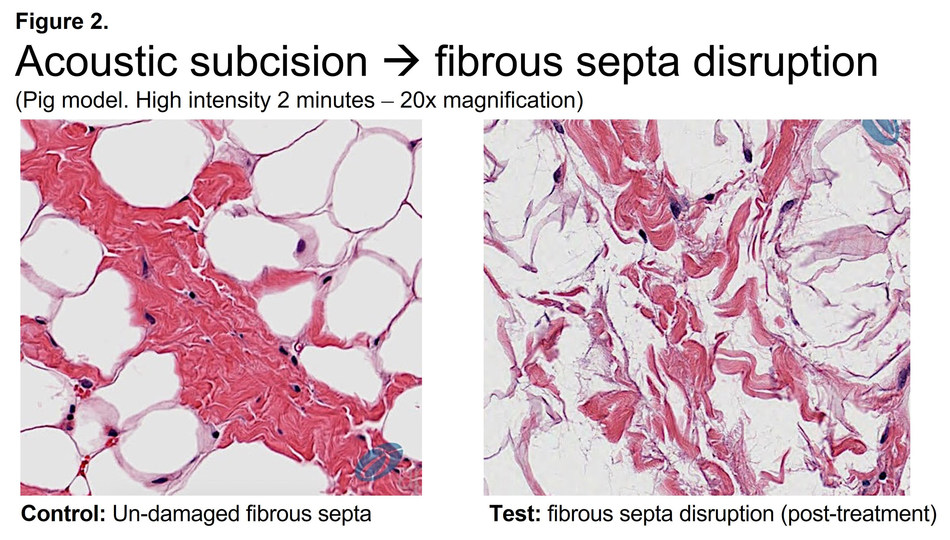 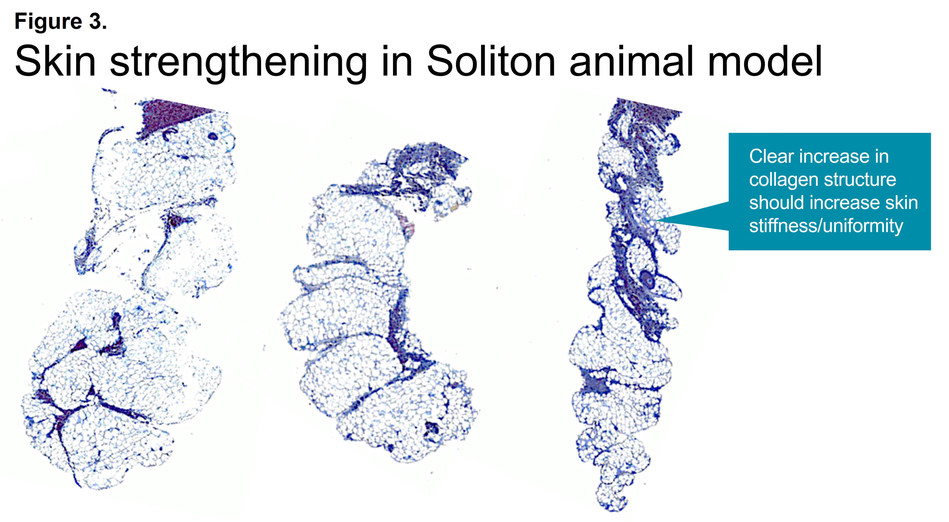 "While the proof-of-concept clinical trial results we have recently announced regarding the improvement in the appearance of cellulite have been very encouraging," commented Dr. Chris Capelli, President and CEO of Soliton, "Understanding the basic science and biology behind these results is very important.  We believe the discovery we are outlining here helps explain the promising results we saw from this trial, as well as setting the foundation for a platform technology that may have potential in a number of aesthetic indications."

The term 'subcision' normally refers to a surgical procedure used to sever the fibrotic septa using a special hypodermic needle, punctured through the skin, in order to allow the dimpled skin associated with cellulite to return to a flatter, smoother state. This procedure is typically painful enough that anesthesia is required. Furthermore, this surgical procedure can result in extensive bruising, bleeding or post-treatment discomfort and downtime.  Our use of the term 'acoustic subcision' describes the apparent ability of our RAP technology to do this without ever breaking the skin.  What's more, the procedure should require no anesthesia and importantly, as seen in our clinical trial, there should be no bruising, bleeding or post-treatment discomfort or downtime.

The histology images below (figures 1 and 2) show how, in an animal model, untreated skin (left image) contains thin, flexible, fibrous structures (called "septa").  Some of these fibrous septa connect the dermis to the muscle layers through the layer of subcutaneous fat.  In certain situations, these fibrous septa become stiff ("sclerotic") and inflexible.  As a result, when subcutaneous fat pushes up, the sclerotic fibrous septa hold the skin down causing the appearance of cellulite with deep dimples.  Severing the fibrotic septa is currently the only viable means to remove these dimples.

The images on the right in figures 1 and 2 show a tissue sample taken after a single 2-minute treatment with our modified RAP device demonstrating selective mechanical disruption of the septa.  Importantly, there was little evidence of unintended damage to surrounding tissues such as blood vessels or muscle (not shown).  And, in our recent proof of concept clinical trial, 97% of the treatments were rated as having zero pain.

Until now, the only way to have this kind of mechanical disruption of fibrous septa has been through painful invasive procedures.  We believe Soliton's acoustic subcision could change all that. The longer-term effect seen in our proof of concept trial is an improvement in the overall appearance of the skin we believe is driven through the stimulation of collagen production.

Collagen is a key component in the extracellular matrix ("ECM") that help keeps skin strong and smooth.  We believe our higher-powered prototype RAP device promotes collagen production through the body's repair of the mechanically disrupted septa.  Preclinical testing indicates that new collagen is being produced which results in the formation of new and thicker septa throughout the subcutaneous fat layer.  The Company believes the impact of this response in humans could further provide improvements in the appearance of cellulite.

"We believe the ability to promote production of new collagen is a major finding and critical to the ability of this new technology to potentially improve the appearance of cellulite," commented Dr. Chris Capelli, Soliton's President, CEO and co-founder.

Dr. Capelli concluded: "An important message here is to understand the potential value of the combined effects – the nearly immediate effect of acoustic subcision to mechanically disrupt sclerotic septa leading to the improvement in the appearance of cellulite dimples and ridges and the longer-term effect of increased collagen production which has the potential to improve the overall smoothness of the skin.   More clinical testing is planned to validate these early results."

The Company's device for use in tattoo removal was cleared on May 24, 2019, however technology for the treatment of cellulite is investigational and not available for sale in the United States.  Soliton will file an additional 510(k) application for the use of RAP technology to improve the appearance of cellulite.

Soliton, Inc. is a medical device company with a novel and proprietary platform technology licensed from MD Anderson. The Company's first FDA cleared commercial product will use rapid pulses of acoustic shockwaves as an accessory to lasers for the removal of unwanted tattoos. The Company is based in Houston, Texas, and is actively engaged in bringing the Rapid Acoustic Pulse ("RAP") device to the market. The Company believes this "Soliton" method has the potential to lower tattoo removal costs for patients, while increasing profitability to practitioners, compared to current laser removal methods.  Soliton is investigating potential additional capabilities of the RAP technology in preclinical testing, including the potential to assist existing fat reduction technology in the reduction of fat as well as improving the appearance of cellulite by creating mechanical stress at the cellular level and inducing significant collagen growth.

For more information about the Company, please visit:  http://www.soliton.com